The final episode of WWE Smackdown featured a Roman Reigns championship celebration while his Clash at the Castle opponent Drew McIntyre was on hand as well.

This episode of Smackdown was a taped show that WWE recorded after last week’s Smackdown in Detroit. The reason for that is because the WWE crew left for Cardiff, Wales earlier this week so they can prepare for Clash at the Castle on Saturday. The spoilers for this show were out last week and we had them up on TJRWrestling as well. I read them because I posted them, but knowing the spoilers is not going to ruin my enjoyment of the show.

Our TJRWrestling Clash at the Castle preview was posted earlier on Friday morning. Please check that out because I wrote a lot and I really went in-depth about why I think Drew McIntyre should beat Roman Reigns in the main event.

From the Little Caesars Arena in Detroit, Michigan this is Smackdown for episode #1202. Follow me on Twitter @johnreport. Let’s get to it.

The next WWE Premium Live Event is Clash at the Castle from Cardiff, Wales on Saturday, September 3. Here’s the lineup. 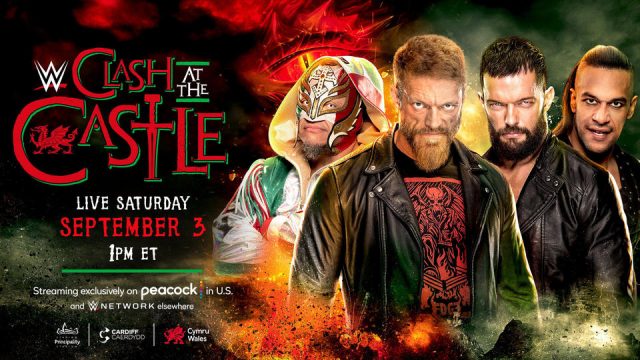 You can watch WWE Clash at the Castle, streaming live this Saturday, September 3, at 1pm ET/10am PT on Peacock in the United States and on WWE Network everywhere else.