WWE makes a stunning return to the UK this week with their first stadium show here in 30 YEARS when Clash At The Castle takes place in Cardiff.

The Principality Stadium plays host for WWE’s biggest show on these shores since the fabled SummerSlam 92 from Wembley Stadium.

And WWE look set to bring over all of their top stars for the event – with Roman Reigns, Drew McIntyre, Becky Lynch, Seth Rollins, Edge and Bianca Belair all on the official poster.

A whopping 59,000 pre-register for tickets for WWE’s Cardiff event at the Principality Stadium in the first 24 hours after its announcement.

This marked a new company record for any event, including WrestleMania.

Here’s ALL you need to know for the big show… 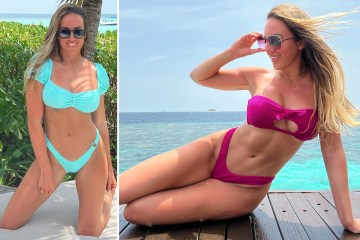 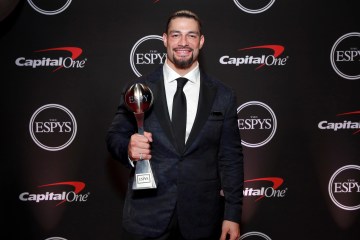 When is WWE Clash At The Castle?

WWE Clash At The Castle takes place on Saturday, September 3.

The show will get underway from 6pm UK time live on BT Sport 2.

What TV channel and live stream is WWE Clash At The Castle on?

WWE Clash At The Castle will be broadcast live on BT Sport 2 and the WWE Network.

The WWE Network costs £9.99 per month for subscribers.

In the US, the WWE Network is part of Peacock.

What is the match card?

How can I get tickets?

Tickets for WWE Clash at The Castle went on general sale Friday, May 20, through Ticketmaster.co.uk.