WWE Begin Construction Of Clash At The Castle Set (PHOTO)

WWE returns to the UK in big fashion, this weekend as the company is set to host the Clash At The Castle premium live event, which emanates from the 70,000+ capacity, Principality Stadium in Cardiff, Wales. This weekend’s event will mark the company’s first stadium show in the United Kingdom since Wembley Stadium hosted SummerSlam in 1992. 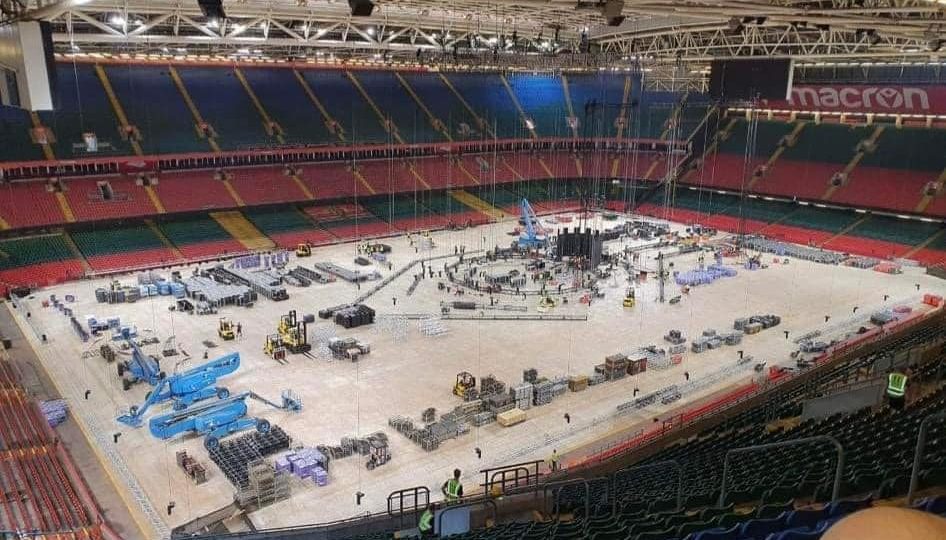 (photo via 3 Points of Articulation Wrestling)

WWE Clash At The Castle takes place this Saturday, September 3 from the Principality Stadium in Cardiff, Wales. The event can be watched on Peacock in the United States, WWE Network worldwide, as well as BT Sport 2 in the UK.

The full card for Clash At The Castle can be found below:

Another match has been rumored for the event, albeit not yet announced by the company, more information on the potential matchup can be found by clicking here.

Inside The Ropes will provide any updates to news or match announcements surrounding Clash At The Castle as they become available.