WWE Smackdown women’s division landscape was turned upside down during the December 30 episode via a shocking return. Charlotte Flair is back onboard and she has already taken over the division by becoming the new champion whether the fans like it or not.

The initial reaction to Flair winning the WWE Smackdown Women’s Title has been positive from the fans, at least on TV since they were literally begging for Ronda Rousey’s title run to end. Now that it’s over, the new champion took to social media to comment on her return. She also thanked the WWE Universe for embracing her with open arms,

“Whether you love to hate me, hate to love me… Thank you @wwe Universe. I appreciate the warm welcome back. I missed you guys so much. I can’t wait to give you my blood, sweat & tears. New era. New victims. The People’s Queen! Happy New Year.”

Whether you love to hate me, hate to love me… Thank you @wwe Universe. I appreciate the warm welcome back. I missed you guys so much. I can’t wait to give you my blood, sweat & tears. New era. New victims. The People’s Queen! Happy New Year! 🥂 pic.twitter.com/fvdJxYbpq7

As noted above, Charlotte made her return after Ronda Rousey retained her WWE SmackDown Women’s Championship against Raquel Rodriguez on the December 30 episode of Smackdown. After Charlotte challenged Rousey for a title shot on the spot, Rousey ended up accepting ended up the same. The Queen won the match after she countered Rousey’s armbar attempt with a roll-up. She grabbed the tights of Rousey to secure the pinfall win.

With this latest WWE Smackdown Women’s Title win, Charlotte has become a 14-time Women’s champion which is a greater count in the entire history of the WWE women’s division. Counting the two NXT women’s title runs and the women’s tag team title run, she is a 17-time champion. However, WWE plugs in her as a 14-time champ.

Prior to this, Charlotte was last seen on WWE programming on May 8 at WWE WrestleMania Backlash. On that night, she lost the WWE Smackdown Women’s Championship against Rousey in an “I Quit” match. Hence, the comeback match caused a sweet redemption for Flair, indeed. 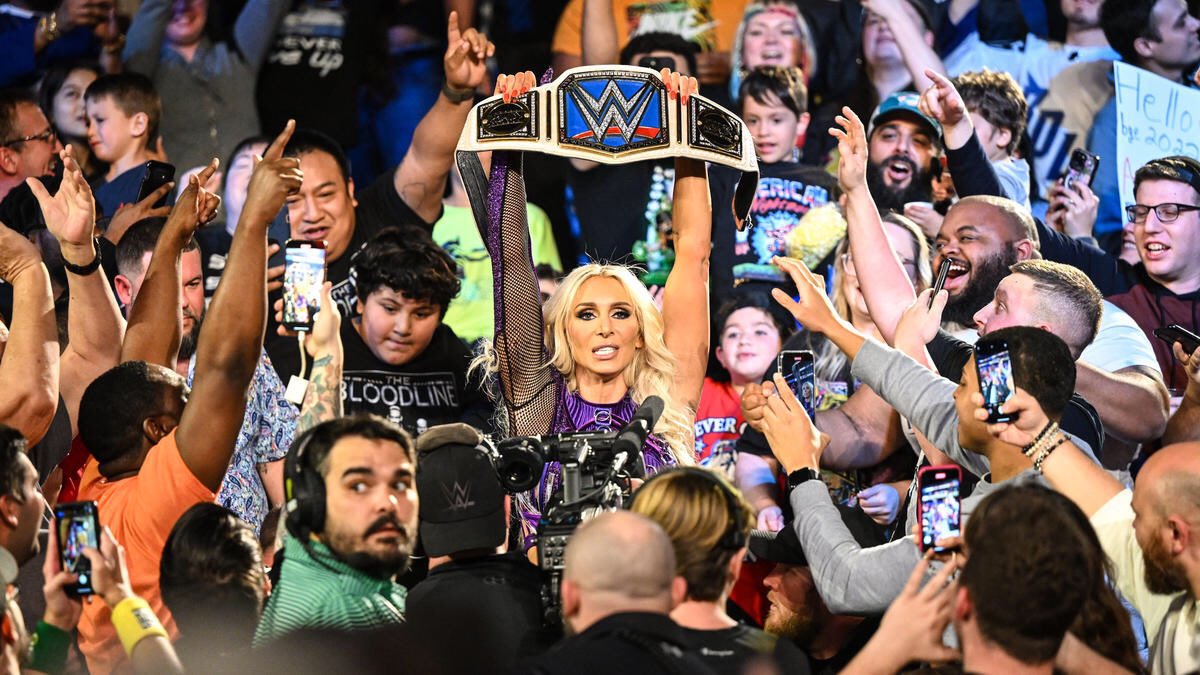 The second-generation athlete was last seen in action on WWE SmackDown prior to the December episode during the April 22 episode, where she faced Aliyah. Now that she is holding the title, the assumption is that she will regularly be featured on WWE TV and might continue her feud with Rousey for the Royal Rumble PLE.

This 12 months’s Royal Rumble match will happen on the twenty eighth of January and is rumored to have some massive surprises in retailer. The present favourite to win the boys’s Royal Rumble match is Cody Rhodes, who can be making his return on the PLE after being out for months as a consequence of…

WWE Royal Rumble 2023 is likely one of the most extremely anticipated occasions of the yr, with the eventual winner becoming a member of a number of legends and Corridor of Famers to develop into memorable stars. The annual Royal Rumble occasion is a part of the Stamford-based promotion’s Huge 4, alongside WrestleMania, SummerSlam, and…

The Highway to WrestleMania begins with the Royal Rumble being held Saturday, Jan. 28 at 5pm PT/8pm ET on the Alamodome. Learn the way to stream the reside occasion the place a brand new Famous person enters the ring each 90 seconds, so that you don’t miss a factor. The Royal Rumble is WWE’s annual…

Speculating on the rumors surrounding professional wrestling is a well-liked pastime of many followers, maybe second solely to truly watching the matches. On this day by day column, we check out the newest rumors being churned out by the professional wrestling rumor mill. Necessary reminder: Rumors are simply that — rumors. None of this has…

With the possibility to earn a world title alternative and essential occasion WrestleMania, everybody in WWE will look to step up their sport on January 28. The Royal Rumble match, round since 1988, as soon as once more begins off what needs to be a busy begin to the 12 months for the corporate. This…