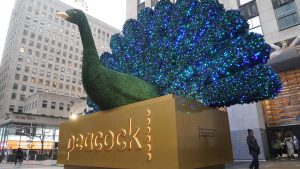 NBCUniversal has struck a seven-year deal for NBC and streamer Peacock to become the exclusive home of Big Ten Saturday Night US college football, beginning in 2023.

Big Ten Saturday Night will mark the first time ever that Big Ten Football will have a dedicated weekly primetime game on a national broadcast network, NBCUniversal said. NBC Sports will present the 2026 Big Ten Football Championship Game on NBC and Peacock.

Peacock and NBC Sports will be a year-round destination for the best in college sports.

Pete Bevacqua, chairman, NBC Sports, said: “We are incredibly excited to be partnering with Kevin Warren and the Big Ten Conference on this robust package of sports. With Big Ten Saturday Night and Sunday Night Football headlining each fall weekend in primetime on NBC and Peacock, along with our historic Notre Dame Football partnership, NBC Sports will be the home of the premier games in college football and the NFL. In addition, with the rights to a wide range of Big Ten events, Peacock and NBC Sports will be a year-round destination for the best in college sports.”