Jake Paul has not been shy when calling out the UFC roster however admits there’s one fighter he wouldn’t need to face in a boxing match.

However when requested if he’d field UFC middleweight champion Israel Adesanya, Paul, who at the moment walks round at 195 kilos, stated he’d relatively not.

“He’s in all probability the one fighter within the UFC that I wouldn’t combat,” Paul stated on “The Timbo Sugar Show” podcast. “He’s tall as f*ck, and, bro, his placing – I imply, I feel he’s arguably among the finest strikers, high three ever within the historical past of the game. There are numerous UFC fighters (I might combat). I feel he’s actually the one one who I wouldn’t combat.”

As a substitute, Paul is hopeful that a fight with Diaz happens in the near future. Diaz will combat out his contract Sept. 10 when he faces Khamzat Chimaev within the UFC 279 headliner.

“Yeah, that’s gonna occur throughout the subsequent two years for positive,” Paul stated. “It’s big, man. It’s getting nearer and nearer to being actual, and eventually the UFC acquired him the combat with Khamzat.”

He continued, “Me versus Nate will in all probability be at 180 after which it’s like, ‘OK, Jake Paul beats Nate.’ … Then it’s simply will get nearer and nearer to Conor not having the ability to duck me anymore.”

Paul was scheduled to field Hasim Rahman Jr. on Aug. 6 at Madison Sq. Backyard in New York, however the fight was canceled when, in line with Most Priceless Promotions, Rahman requested a number of occasions the bout be shifted to a heavier weight class. The YouTube star-turned professional boxer final competed when he knocked out Woodley final December, going up 2-0 on the former UFC welterweight champion. 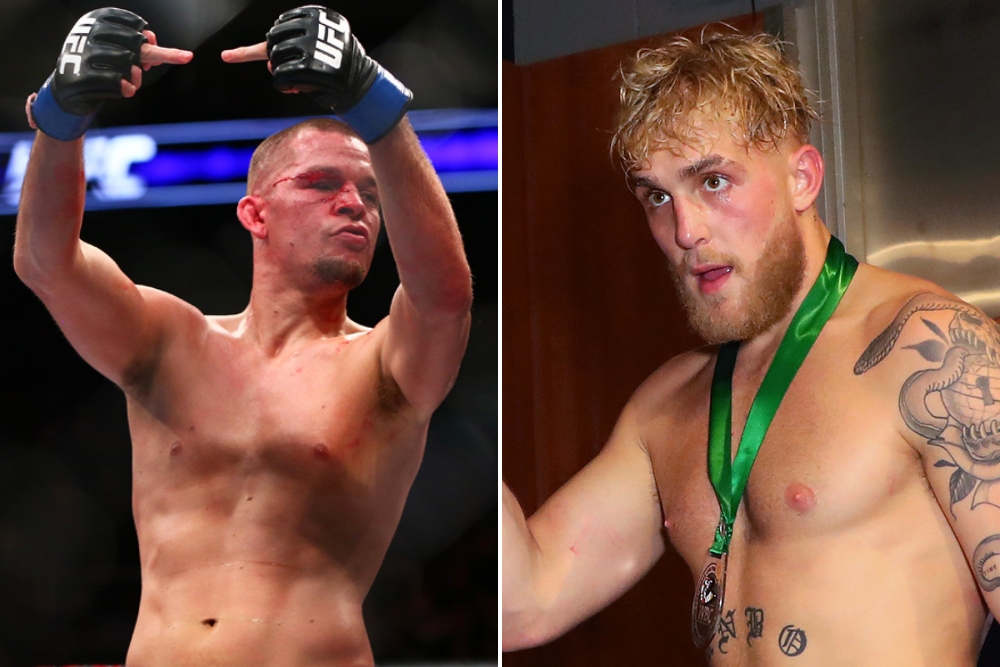